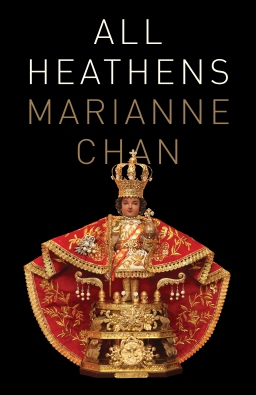 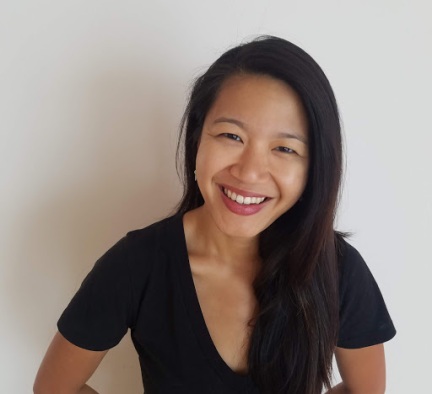 Marianne Chan is the author of All Heathens.  She grew up in Stuttgart, Germany, and Lansing, Michigan. Her poems have appeared in West Branch, The Journal, Poetry Northwest, Denver Quarterly, Indiana Review, Carve Magazine, and elsewhere. She holds an MFA in Creative Writing from the University of Nevada, Las Vegas. She serves as poetry editor at Split Lip Magazine.

In this special Episode #132 of The Blood-Jet Writing Hour, we interview not one but two poets who happen to be in loving partnership with each other. Take a listen to this episode where poets Kazumi Chin and Michelle Lin discuss what it is like to begin and move through literary careers together, navigating romantic and professional jealousy, and what it means to build stronger communities together. 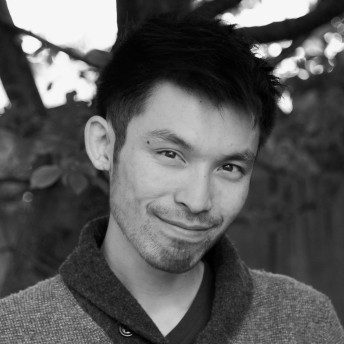 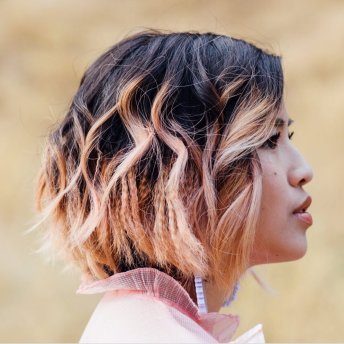 Kazumi Chin’s first poetry collection, Having a Coke with Godzilla, was published in 2017 by Sibling Rivalry Press. Their most recent work can be found in Underblong, AAWW’s the Margins, and in AALR’s Book of Curses. They are the co-organizer and host of Kearny Street Workshop’s key reading series and currently a PhD candidate in Cultural Studies at UC Davis.

Michelle Lin is a poet, community arts organizer, and author of A House Made of Water from Sibling Rivalry Press. She is a Kundiman fellow, co-organizer for Kearny Street Workshop’s reading series, and fundraising manager for RYSE Center in Richmond, California, a social justice youth center. You can follow her @sadwitheyebrows.

Sara Borjas is a Chicanx pocha and a Fresno poet. Her debut collection of poetry, Heart Like a Window, Mouth Like a Cliff, was published by Noemi Press in March 2019 as part of the Akrilica series.

Sara earned a B.A. in English Literature from Fresno State and an M.F.A. in Creative Writing and Writing for Performative Arts from University of California, Riverside. She is currently a lecturer in the Department of Creative Writing at UC Riverside. Her poetry can be found in The Rumpus, The Academy of American Poets Poem a Day Series, TinderBox, The Offing, Entropy, Queen Mob’s Tea House, Cultural Weekly, The Acentos Review, and Luna Luna, amongst others. She co-hosts and produces The Lovesick Poetry Podcast — a west coast poetry podcast launching in 2019, alongside IRL cousin and award-winning poet, Joseph Rios.

She is a 2017 CantoMundo Fellow, a 2016 Postgraduate Writers Conference Fellow at Vermont College of Fine Arts, and a 2013 Community of Writers Workshop at Squaw Valley Fellow. She is the recipient of the 2014 Blue Mesa Poetry Prize. She lives in Los Angeles but stays rooted in Fresno.

She digs oldiez, astrophysics, aromatics, and tiny prints is about decentering whiteness. 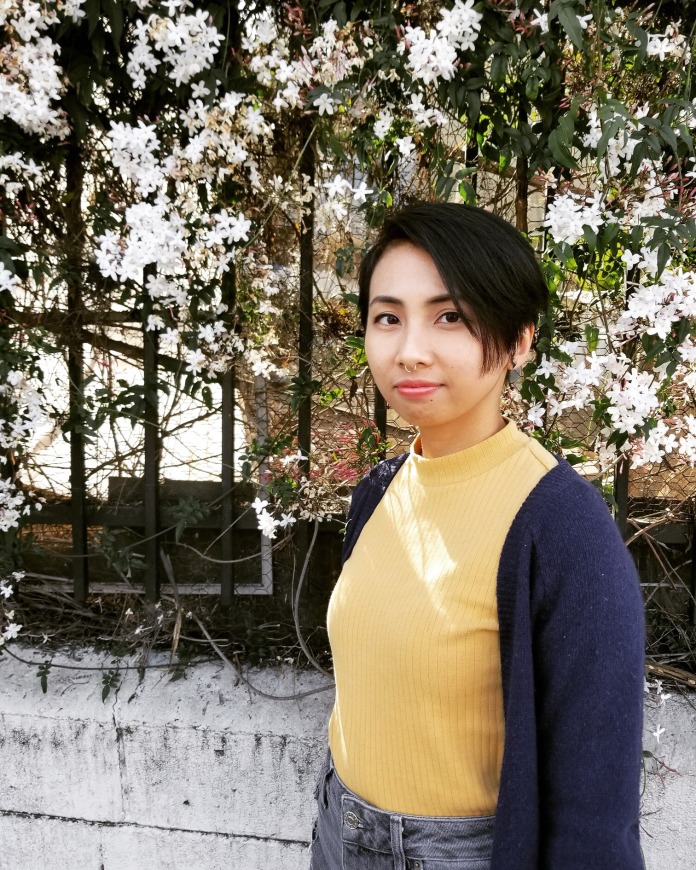 MT Vallarta is a poet and Ph.D. candidate in Ethnic Studies at the University of California, Riverside, where they study feminist theory, queer theory, and Filipinx poetics. Their work is published in Nat. Brut, Rabbit Catastrophe Press, Broadly, Apogee Journal, Weird Sister, TAYO Literary Magazine, and others. They were raised and live in Los Angeles, CA.

We’re kicking off National Poetry Month a few days early with an episode with Erika Ayón!  Rachelle and Erika talk about Los Angeles, the color and fruit orange, and migration.  Tune in!

Erika Ayón emigrated from Mexico when she was five years old and grew up in South Central, Los Angeles. She attended UCLA and graduated with a B.A. in English. In 2009 she was selected as a PEN Emerging Voices Fellow. In 2014 her poem “Hibiscus Skies,” was selected as a top ten poem from the Poetry in the Windows VI project sponsored by the Arroyo Arts Collective. Erika has taught poetry to middle and high school students across Los Angeles. She was a 2016-2017 Community Literature Initiative Scholar. Her debut collection of poetry Orange Lady was published by World Stage Press in March 2018. Available at http://www.worldstagepress.org/product/orange-lady.  Erika currently resides in the San Fernando Valley where she lives with her husband and two cats.

Las Peregrinas was an idea first birthed by Yaccaira Salvatierra and co-organized with Xochitl-Julisa Bermejo. They wanted California women’s voices to be in conversation with other border states and communities as a way to share and heal. Each of the four peregrinas honors her antepasados and the border in her poetry and together they share a reverence for those who have gone before them.

Xochitl-Julisa Bermejo, a first-generation Chicana, is the author of Posada: Offerings of Witness and Refuge (Sundress Publications 2016). A former Steinbeck Fellow, Poets & Writers California Writers Exchange winner and Barbara Deming Memorial Fund grantee, she’s received residencies from Hedgebrook, Ragdale, National Parks Arts Foundation and Poetry Foundation. Her work is published in Acentos Review, CALYX, crazyhorse, and American Poetry Review among others. A dramatization of her poem “Our Lady of the Water Gallons,” directed by Jesús Salvador Treviño, can be viewed at latinopia.com. She is a cofounder of Women Who Submit and a member of Macondo Writers’ Workshop.

Marisol Baca is the author of Tremor (Three Mile Harbor Press). She has been published in Narrative Northeast, Riverlit, Shadowed: An Anthology of Women Writers, Acentos Review, among other publications. Marisol won the Andres Montoya poetry scholarship prize. She received her Master of Fine Arts from Cornell University where she won the Robert Chasen poetry award for her poem, Revelato. Currently, Marisol is an English professor at Fresno City College.

Yaccaira Salvatierra’s poems have appeared in Huizache, Diálogo, Puerto del Sol, and Rattleamong others. She is a VONA alumna, the recipient of the Dorrit Sibley Award for achievement in poetry, and the 2015 winner of the Puerto del Sol Poetry Prize.  She has been nominated for a Pushcart Prize and a Best of the Net.  An educator and art instructor, she lives in San José, California with her two sons.

Vanessa Angélica Villarreal was born in the Rio Grande Valley borderlands to formerly undocumented Mexican immigrants. Her work has recently appeared in the Academy of American Poets Poem-a-Day feature, Buzzfeed Reader, Pinwheel, Epiphany, Southern Indiana Review, Apogee, Poor Claudia, PBS Newshour and elsewhere. She is the author of the collection Beast Meridian (Noemi Press, Akrilica Series, 2017) and is currently pursuing her doctorate in English Literature and Creative Writing at the University of Southern California in Los Angeles, where she is raising her son with the help of a loyal dog.

Thank you for your patience as we’re undergoing major changes here at The Blood-Jet Writing Hour.

First, our biggest and most important piece of news: we’re incredibly happy to announce that poet and author of BONE CONFETTI, Muriel Leung, will be joining Rachelle as the new co-host and producer of the show. 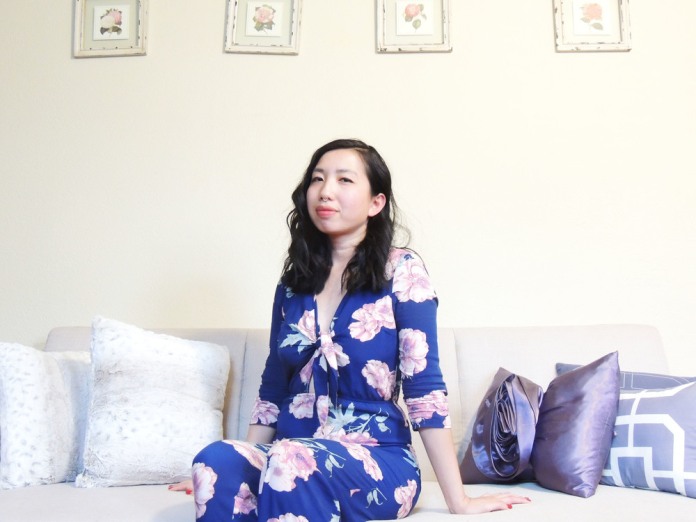 We’re so excited to have Muriel be a part of The Blood-Jet Writing Hour!

Next, the podcast will get back on a regular schedule, releasing episodes monthly.  Upcoming guest poets include: Kazumi Chin, Michelle Lin, Erika Ayón and more!

And finally, we’re launching our Patreon campaign to keep the show going and to cover costs, such as SoundCloud file hosting, website domain fees, podcasting equipment, etc.  There are tons of benefits, which include a Patron-only feed with writing and podcasting tips (this starts at just $1 a month!); signed copies of Rachelle and Muriel’s poetry collections; and manuscript consultations.  Help launch us into our 10th (!!!) year of podcasting and highlighting underrepresented writers and poets!

We took the show on the road to AWP (Associated Writing Programs) Conference in D.C.!  Check out our flash episodes (or flashisodes) here. 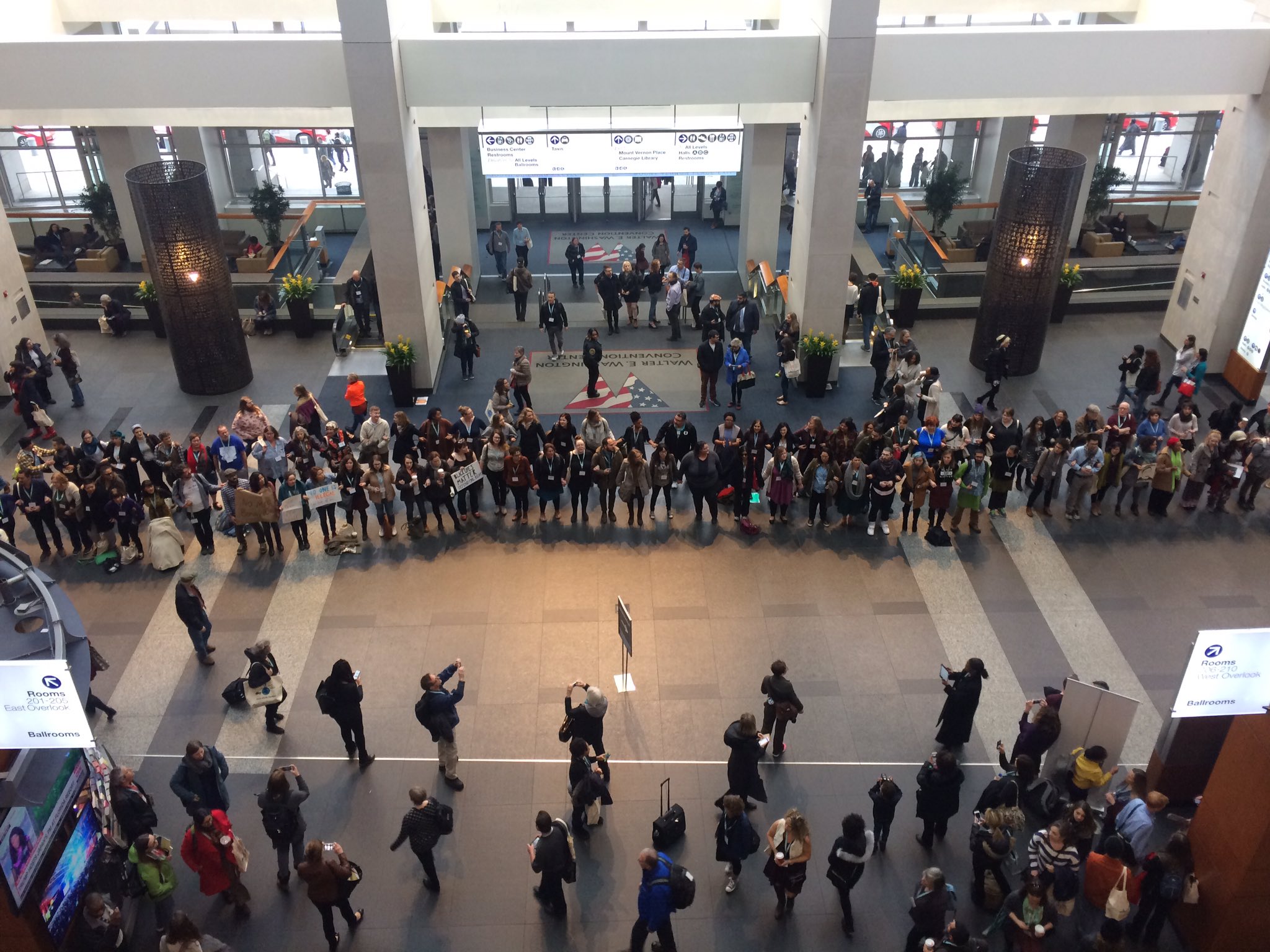 Readings mentioned in the introduction:

Adrienne Rich’s “XI: One night, on Monterey Bay…” from An Atlas of the Difficult World

If you’d like to submit a recording, please email Rachelle at rachelle.a.cruz[at]gmail[dot]com.

Born in Iloilo City, Philippines, Angela Peñaredondo is a Pilipinx/Pin@y poet and artist (on other days, she identifies as a usual ghost, comet or part-time animal) . He book, All Things Lose Thousands of Times is the winner of the Hillary Gravendyk Poetry Prize.  She/Siya is author of the chapbook,Maroon (Jamii Publications). Her work has appeared or is forthcoming in AAWW’s The Margins, Four Way Review, Cream City Review, Southern Humanities Review, Dusie and elsewhere.

Also, here are Angela’s video poems from the Center for Art and Thought: