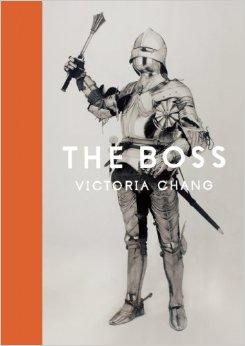 Victoria Chang’s The Boss (McSweeney’s 2013) is a virtuosic and intimate meditation on power in its many forms. The Boss, winner of the PEN Center Literary Award as well as a California Book Award, is as polished and self-assured as a third book should be. While there are many fine poems worth discussing in this collection, I would like to focus on the poems titled after the paintings of American artist Edward Hopper (1882 – 1962), which make up nearly a quarter of the collection and comprise a significant part of its structural frame.

Hopper’s Office at Night appears in the title of three poems; the New York Office, Office in a Small City and Automat all appear twice. Chang also includes poems titled after Conference at Night and Chair Car. Much of Hopper’s oeuvre reveals figures gazing out windows – or gazing at each other unable to connect emotionally, which is solitude of a different kind. These paintings often place us as viewers into position of voyeurs who are happening upon Hopper’s figures just before or after something important occurs. We feel the tension between these individuals and the outside world that they gaze upon; we are not invited to engage fully, but at the same time, we are tempted to linger. The brilliance of Chang’s poems, however, lies in how they return the painting’s gaze, thus inviting the reader from the position of voyeur to witness:

“[…] from the front the building looks

little numbers waiting to be shifted up

shifted down summed up averaged

The readers become those gazing back at the spreadsheet of office windows, alongside the speaker, as if it were in our power to sum the workers up, average them – delete them. “They are waiting on us – what will we do?” the poem seems to ask.

Chang also invites the reader into the position of witness as she transposes the figures in Hopper’s paintings into scenes of the speaker’s history, as she does in her second “Edward Hopper’s Office at Night.” The end of the poem segues into an intimate and personal discussion of the legacy of power: “I hear my two-year-old fighting / with someone in her crib she is bossing // someone around no no no bad that’s mine you don’t take / mine […]”, and later in the same poem, “[…] I hear her singing happy birthday to / me happy birthday to me she is already celebrating / herself she will be the perfect boss.”

Chang’s deft use of enjambment, slant rhymes and plays on words embody the tension between the figures in the poems, between interior and public life, between the individual and her relationship to structures of power. She walks courageously into the difficult terrain of the tension between power’s effects on others and our own desire for it: “my four-year-old daughter still / listens to me I am the boss and I like it I / see why the boss likes it,” she writes in “The Boss Wears a White Vest.” Later, in “The Boss Rises,” she comments: “we / can be bosses too can hold the cross but / there is a cost.”

Then, Chang reminds us, there are some powers that we are helpless to control altogether, which she captures in “I Once Was a Child”: “my father lost his words to a stroke / a stroke of bad luck stuck his words / used to be so worldly […]” Little, if anything, is lastingly ours:

“[…] my blood has nowhere to go trapped in this

cavity circling and reassuring itself chasing

itself until one day it will rush out and

never look back” (“Some Days One Day”)

The landscape of power that Chang presents in The Boss is, at times, quite grim; however, her playfulness and prosodic virtuosity reminds us that we need not live quietly desperate. While Hopper may have given us windows from which to gaze out, Chang’s poems give us the hammer to break through. 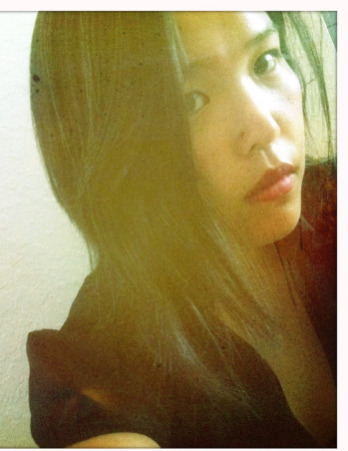 Leah Silvieus is a poet and interdisciplinary artist whose work has been featured at the O, Miami Poetry Festival and at the Asian American Women Artists Association in San Francisco. She also has received grants and fellowships from Fulbright, Kundiman, US Poets in Mexico, and the Voices of Our Nation Arts Foundation. Her writing has been featured in Asian American Poetry & Writing, CURA, The Collagist, and diode, among others. Currently, she divides her time between Florida and New York where she works in the yacht hospitality industry. You can visit her athttp://leahsilvieus.wordpress.com/

It’s that time of year!  We’ve asked guests and contributors we’ve featured on The Blood-Jet Writing Hour in 2014 to share with us their favorite books, literary magazines, and reading series from the year.

In no particular order, here are some poetry books published in the past year that impressed me in various ways: 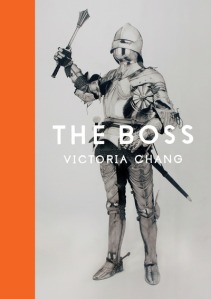 Once I got into the rhythm of Chang’s unpunctuated quatrains, I couldn’t put this book down. “The Boss” is a shifting character in every poem in this fascinating collection, sometimes literally a boss at work, sometimes a parent, sometimes the poet herself: “the square / root of 4 remains 2 just as the square root of / the boss is always the boss.”

I came for the poetry, but quickly realized that this book was the perfect introduction not only to the culture of the Laguna Pueblo, but also to its language (many pages include a gloss to Laguna terms). An important, fascinating, and beautifully designed first book published by one of the best of the new small presses. 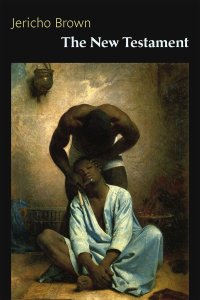 Indeed, Brown’s book does play off the Bible (and myth), but it’s also a testament to persistence despite the many obstacles that America places in terms of race and sexuality. Gorgeous writing throughout: “Because I am what gladiators call / A man in love—love / Being any reminder we survived.”

While not technically a book of poetry, Turner’s language is so poetic that I’m including this memoir in my list. Nor is it a typical memoir—Turner jumps in time and place, from Bosnia to Iraq to Cambodia, and from the perspectives of his forbearers, as well as “the enemy.” Strong and resonant, the book proves that one cannot leave war behind.

A long time since Kooser’s last book of poetry, but this was worth the wait, and his brief but precise poems, often centered on time and aging, seemed perfect companions as I turned sixty this year. Deceptively simple, Kooser’s perceptions never fail to connect: “the tree makes its exit with grace, / going down slowly, one piece at a time.” 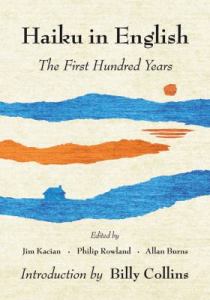 Editors Jim Kacian, Philip Rowland, and Allan Burns are to be commended for what is my favorite anthology of the year, a first-rate overview of the centennial of American haiku, from Pound and Lowell, through Snyder and Kerouac, to contemporary masters that most people don’t know (but should). Here’s Allan Burns’ one-word haiku: “leaflight.”

My favorite readings of this year? Two of my poetry idols, Jane Hirshfield and Sharon Olds, at AWP in Seattle—wow! Hearing Olds read “Douche Bag Ode” is something I won’t soon forget. Wang Ping reading from Ten Thousand Waves (Wings Press, 2014) was another AWP highlight. Joy Harjo at Poetry at Round Top was spectacular—a reading which included live and pre-recorded music (all Harjo)—and I loved getting to dance with her at the after-party!

Favorite websites? As someone who writes in form a lot and as someone who has been getting more and more into haiku, I’m often excited by the work in tinywords, The Road Not Taken, A Hundred Gourds, and the always quirky Right Hand Pointing. The Poetry Foundation’s “Poem of the Day” and the Writers’ Almanac are two indispensable sources of poems that come right to my inbox to start each day. And I love Diane Lockward’s wonderful monthly Poetry Newsletter, the basis for her recent book of prompts, The Crafty Poet. 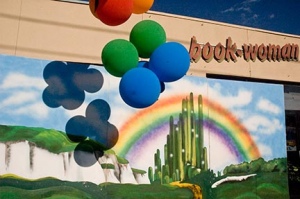 Favorite bookstore? Just one year old, Malvern Books in Austin is truly an independent bookstore; in fact, they only carry titles from independent presses! Even more significant, they’ve quickly become one of the places to host poetry readings and events in Austin, though BookWoman, one of the country’s last remaining feminist bookstores, runs a close second. 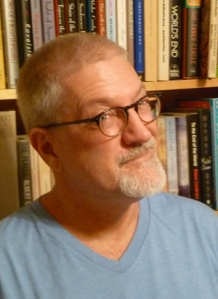 Scott Wiggerman is the author of two books of poetry, Presence andVegetables and Other Relationships, and the editor of several volumes, including Wingbeats: Exercises & Practice in Poetry, Lifting the Sky: Southwestern Haiku & Haiga, and the brand new Wingbeats II.  Recent poems have appeared in Decades Review, Frogpond, Pinyon Review, Borderlands: Texas Poetry Review, The Good Men Project website, and the anthologies This Assignment Is So Gay andForgetting Home: Poems about Alzheimer’s. He is chief editor for Dos Gatos Press in Austin, Texas, publisher of the Texas Poetry Calendar,now in its seventeenth year. He frequently runs writing workshops, many of which feature exercises from the two Wingbeats volumes.