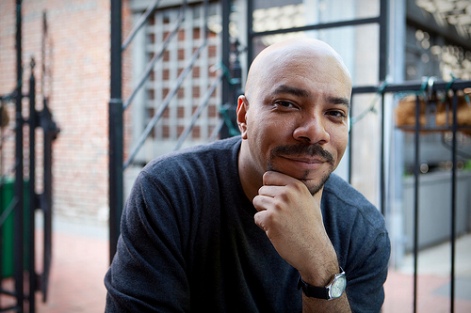 John Jennings is Professor, Media and Cultural Studies,  University of California, Riverside.  His work centers around intersectional narratives regarding identity politics and popular media. Jennings is co-editor of the Eisner Award-winning essay collection The Blacker the Ink: Constructions of Black Identity in Comics and Sequential Art and co-founder/organizer of The Schomburg Center’s Black Comic Book Festival in Harlem. He is co-founder and organizer of the MLK NorCal’s Black Comix Arts Festival in San Francisco and also SOL-CON: The Brown and Black Comix Expo at the Ohio State University. Jennings sits on the editorial advisory boards for The Black Scholar and the new Ohio State Press imprint New Suns: Race, Gender and Sexuality in the Speculative.