T.J. Jarrett’s Ain’t No Grave (New Issues Press 2013) calls our attention to the apocalypse that was the legacy of American racism and slavery and then culls from its ashes the bones that would sing themselves beyond the grave. The collection is less elegy than post-apocalyptic creation story: “Come now,” she writes in “Interrobang,” the opening poem of the collection, “Interrogate the mixing bowl  / of my throat. Claim what is left in it.”While Jarrett’s voice is one of the most beautiful lyrical voices I’ve encountered recently, these poems’ beauty does not soften their ability to strike at the heart. Jarrett’s encantatory lyricism is both fierce and tender; her songs call us to face the history of atrocity with the most human aspects of ourselves.

One of the most moving poems of the collection is titled, “My Father Explains the History of Sugar, the Middle Passage and Slavery to My Brother, Age 5, over Breakfast,” which I will quote here in its entirety because to break it up for the sake of quotation would be to undermine the poem’s powerful and elegant lyrical structure:

The history of sugar is the history of skin.
Consider this bowl, filled with sugar.
This glass, filled with milk.
Your body, the value of the body –
filled with all you can make of it.
Would you trade that body for sugar
when you hunger, or the milk
when you thirst? How about someone
else, your sister, another body?

Say you wouldn’t.
Know you would.

Often throughout the collection, Jarrett’s lyrical voice creates the effect of a camera-perspective shift. We begin this poem imagining a boy at a breakfast table, listening as his father tells a story. By the final stanza, the camera has shifted. The volta turns on the reader: The “you” is no longer just the boy anymore. “You” is the reader; “you” becomes us. Jarrett has guided us into the frame of the story without our becoming aware of it. She stands beside us as we watch the events unfold, and it is this gentleness with which she achieves this shift that makes these poems so powerful and heartbreaking.

Jarrett has dedicated five of the poems in the collection to the victims of rape, hanging and burning in the late 19th and early 20th centuries. These poems, however, are not simply elegies to bury the dead but songs to resurrect them. The names that these poems bear, previously unknown to many of us, rise up to defy their anonymity. In “What We Say to the Water,” dedicated to Laura Nelson, who was raped and hanged on May 25, 1911, Jarrett writes, “Be still. No further. / Apologize to no one.”

Even as Jarrett’s poems command the work of resurrection, they do not leave the story there. Memory is not enough; resurrection, even, will not suffice. In “Lazarus,” she interrogates what happens after Christ commands Lazarus to “Rise up and walk”: “Did he turn his back / to the sound at first, cry out: It’s early yet.” Later in the poem, she records Lazarus’ impressions of the world with which he must re-engage: “How small now this earth, how tinny / its birdsong. How sloven the tree’s corporeal array.” Given Lazarus’ perspective, we might begin to ask ourselves: What are the stakes of resurrection? Of being called again into the land of the living, which now seems so small? Of walking again among those trees bearing their horrific “corporeal array”? Of truly seeing for the first time? We can no longer claim innocence; we must decide what to do with our new sight. As the speaker says in “When the Sun Nears the Earth in the West”: “Behold the spinning earth. Choose.”

After reading Ain’t No Grave, we as readers become sorts of Lazaruses, emerging from our tombs to gaze upon our world with newly opened eyes. Although this collection brings us face-to-face with the history of atrocity, Jarrett does not leave us at its mercy. In the final section of the book, she recounts the story of a girl who was afraid of the dark in which she writes, “Exhausted  / [my mother] brought me a flashlight. // With it, I would write / words into the darkness until / I could fill the room with them.” “Let there be light,” Jarrett’s voice calls out over the darkness. And there was, and here is, light. 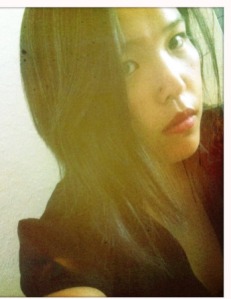 Leah Silvieus is a poet and interdisciplinary artist whose work has been featured at the O, Miami Poetry Festival and at the Asian American Women Artists Association in San Francisco. She also has received grants and fellowships from Fulbright, Kundiman, US Poets in Mexico, and the Voices of Our Nation Arts Foundation. Her writing has been featured in Asian American Poetry & Writing, CURA, The Collagist, and diode, among others. Currently, she divides her time between Florida and New York where she works in the yacht hospitality industry. You can visit her athttp://leahsilvieus.wordpress.com/

We’re finally back from a long summer and ready for the fall season of TBJ (though it’s still 90 degrees in Southern California)!

In the next few months, we’re rolling out interviews with some really awesome writers and cartoonists, like Jen Wang, and reviews of fantastic poetry collections ( to start, T.J. Jarrett’s Ain’t No Grave), chapbooks (Michelle Peñaloza’s Landscape/Heartbreak), comics, graphic novels and more.

We’ve been podcasting for six years (!), and we’re still committed to our mission of spotlighting underrepresented, diverse voices in the writing world, from poetry to comics, and we want to continue and put out more content!

But we need your help.  We’re starting our Patreon fundraising campaign to pay for file hosting for our shows, postage to send out promo materials and books to our contributors,  a new website, a new microphone and more. We hope you’ll help us out.

Gracias, salamat, thank you for your support and for tuning in!