Episode #114! Rachelle Cruz interviews  Yumi Sakugawa, author of YOUR ILLUSTRATED GUIDE TO BECOMING ONE WITH THE UNIVERSE 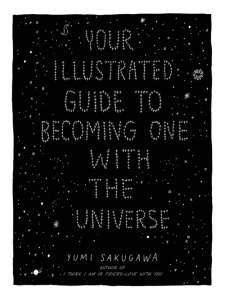 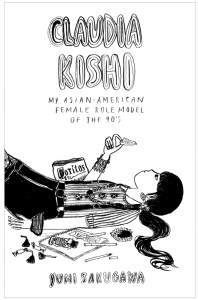 Yumi Sakugawa is a comic book artist and illustrator based in Southern California. A graduate of the fine art program of University of California, Los Angeles, Yumi is a regular comic contributor for The Rumpus and Wonderhowto. Her illustrations and comics have been featured on Buzzfeed, Lifehacker, PAPERMAG, Apartment Therapy and all over Tumblr. Her short comic story “Mundane Fortunes for the Next Ten Billion Years” was selected as Notable Comics of 2012 by the Best American Comics anthology editors. She is the author of  I THINK I AM IN FRIEND-LOVE WITH YOU and YOUR ILLUSTRATED GUIDE TO BECOMING ONE WITH THE UNIVERSE. Visit her on the web at http://www.yumisakugawa.com.