Perhaps one of the most terrifying things to me is stepping into unfamiliar territory without any knowledge of how things operate, or, more importantly, what it will be like. The Los Angeles Convention Center in California housed Stan Lee’s Comikaze Expo 2014 from October 1st to November 2nd.  With limited background in the world and fandom of comics, Comikaze 2014 seemed alien to this first-time goer. Yet, there’s always fear and excitement in exploring the unknown.

On Saturday the 1st, my friend and I entered from the parking structure and went into the West Hall that leads to the annex towards the South Hall. The South Hall was the agora of the convention center. Here, we registered and noticed Baymax from the newest animated hit Big Hero Six towering and looming over the denizens of cosplayers and attendees.

I noticed how diverse Comikaze was. The convention was a melting pot of fandoms, encompassing more than comics to include television, video games, and anime. In retrospect, there was a niche for everyone attending even if you’ve never even touched a comic before.

The first panel we went to was called Sexuality and Cosplay. One of the best ways to celebrate fandoms is to cosplay, which is the act of dressing up as a character from an anime, video game, comic, television, or film. It featured a wide array of panelists including Keith Zen, Abby Dark Star, Mel Hoppe aka WindoftheStars Shelby Michael, Danielle Yuan, and Nick Smith Nexus.

After a parental guidance warning, the session began with the issues surrounding cosplay. Abby Dark Star began the panel addressing the golden rule of cosplay—that it does not equal consent. In essence, permission is required from the cosplayer for photography. Photography without consent can be seen as sexual harassment from either gender. Another issue that was prominent during the discussion was Gamergate.

Gamergate is an ongoing controversy displaying misogyny and harassment in the gaming industry, most notably in video game journalism. It has escalated issues concerning women’s rights like equality in the workplace. Many anti-progressive gamers view women as infiltrators of their gaming world which is predominantly male. And thus began the threats, the doxing, and the issue of sexuality in the gaming industry.

Now this may have seemed like a tangent, but, it is relevant to the discussion of cosplay. Gamergate is revolutionary in terms of women’s rights in the geek world. The geek scene has been primarily male-dominated. For quite a long time, women cosplayers were seen as eye-candy, or fan-service, and not taken seriously in the community. Cosplaying spans all fandoms and displays the cosplayer’s celebration of it. With many female characters being oversexualized in comics and other fandoms, many people think that women cosplayers do it for attention. This is often not the case.

The panelists also discussed the notion of “being sexy is bad.” Keith Zen noted that what you wear does not equate to your sexuality. But, because many female characters in most fandoms are often oversexualized, women who wish to express their interest in their fandom are sometimes “slut-shamed.” This happens to men, too.

One of the panelists, Nick Smith Nexus, told the audience a story about cosplaying the Old Spice man. He garnered much attention because of how revealing his costume (or lack thereof) was.

In the end, it all boils down to acceptance and the knowledge that as a community of geeks, we should feel free to express our interests in any way we deem fit.

On Sunday, we went to a panel called How to Write a Novel led by the Brianna and Brit Winner (The Winner Twins), Richard Hatch, and Steve Elliot Altman. The audience composed of mainly writers and the panelists displayed enthusiasm and expertise in showing their secrets.

The Winner Twins, known for The Strand Series started the discussion with a tear-jerking story from their childhood. Both currently 19 years old, they have began writing at 11 and have published four novels to date. Unfortunately, they were both born with harmful birth defects and dyslexia. The twins told the audience that when they were young, “they were often called stupid,” due to their conditions. At the panel, they commented, “…when you hear it enough times, you really believe you are.” Despite their disabilities, they have created beautiful stories with vivid imagery through collaboration and their techniques, which they offered to the audience::

3. Connect the middle with the beginning and end.

Overall, Comikaze 2014 was an amazing experience. In an unfamiliar territory, it is always terrifying at first, but, in a community where ideas, passions, and fandom runs rampant, Comikaze 2014 was definitely an outstanding outlet to let out your inner geek. 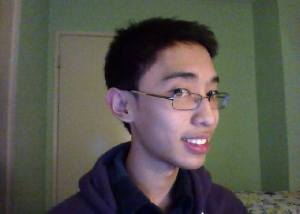 Matthew Zuniga is a former Creative Writing undergraduate at University of California, Riverside. He is interested in writing and hopes to write for video game developers as well as to write his own novels in the future.